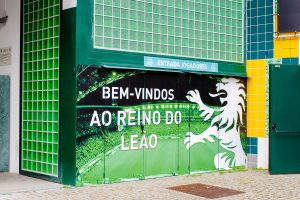 After the Europa League draw, many Arsenal supporters were left stupefied as to who some of their opponents in the competition are. So, rather than bore our readers with another explanation of Qarabag and FC Vorskla, we will delve into Arsenal’s history with some players from the same country as their Europa League opponents.

FC Vorskla is the first opponent Arsenal will face in the Europa League and the least well-known. Sports betting websites are predicting Arsenal as heavy favorites for the September 20 clash.

Oleg Luzhny is the only Ukrainian to make an appearance for the Arsenal first team. Luzhny played for the Gunners from 1999 until 2003 and made 106 appearances for the club.

Arsène Wenger signed the right-back after he impressed during Arsenal’s Champion’s League matches against Dynamo Kyiv. Arsenal proceeded to sign the defender from the Ukrainian giants.

While FC Vorskla is not quite at the standard of Dynamo Kyiv, perhaps Unai Emery will find his Luzhny when his side plays in Ukraine.

Luzhny was not a regular starter for Arsenal, but he was a reliable rotation option and stuck around the club for four years until he was shipped off to Wolverhampton. Luzhny won multiple trophies during his time at the club including a 2003 FA Cup Final win while playing in central defense.

The most notable news surrounding the Qarabag draw is the likelihood that Armenian Henrikh Mkhitaryan will not play against the Azerbaijani side. Mkhitaryan was the first Armenian in the Premier League when he appeared for Manchester United, so English teams are unacquainted with some of the pitfalls Armenian players face.

Arsenal also have not fielded an Azerbaijani player in their history, so supporters are in the dark about the complicated history between Azerbaijan and Armenia.

In 1997, Morte was one of Wenger’s first signings for the club, and in his two seasons at Arsenal Morte featured mainly as a rotational player. Morte then moved on from the club for more regular first team football. He had a successful career at Fulham and West Ham, and he appeared 28 times for his country, scoring one goal.

But, his playing days were not the end of his Arsenal stint. He became a Gunner once again and was a scout for the club from 2015-2017. Now, he is the manager for third tier Sintrense in Portugal.

The only other Portuguese player to make a first team Arsenal appearance is another Sporting CP youth product. Rui Fonte made regular appearances in the youth and reserve setup, but he only broke through for substitute appearance in a League Cup fixture.

All in all, there is some connection between the countries of Arsenal’s Europa League opponents and the club, but Arsenal do not have a rich history of Ukrainian, Azerbaijani or Portuguese players. Perhaps Unai Emery will change that by bringing in top performing players in their Europa League journey.