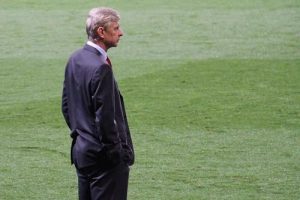 Arsene Wenger is the measuring stick by which all subsequent Arsenal managers will be judged. Now that successor Unai Emery has completed his first season at the helm of the Gunners, how do their debut campaigns compare?

Turning the clock back to September 1996 when Wenger’s appointment at Highbury was confirmed, he assumed duties from 1 October. By that stage, Arsenal had crashed out of the old UEFA Cup.

Wenger had 30 Premier League games in charge of Arsenal in that first season – winning 14, drawing nine and losing just seven. His team picked up 51 points after he took up the reins finishing on 68 which left them third and one place outside the Champions League places on goal difference.

Coming up short in that department is exactly what Emery’s Gunners have done in his first season, only they came fifth in the Premier League and missed out on the backdoor route into Europe’s elite club competition by losing the Europa League final to Chelsea.

The margins were again fine. Arsenal were a point off North London rivals Tottenham in fourth, despite scoring 73 goals – more than any other capital club – and 112 in all competitions. They also picked up more points Emery’s debut campaign (70) than when Wenger took over and his win percentage of 60.34 is the statistical best of any permanent Gunners gaffer.

We are simply dealing with a more competitive Premier League than in 1996. While that may not be true for the majority of teams, it certainly is for regular top six sides like Arsenal. The Gunners are 6/5 with 888Sport to improve on fifth place in 2019-20 and record a first top four finish since 2016. 25/1 to win the title shows that there is still a big rebuilding job, however.

Arsenal were way off the pace set by Liverpool and Manchester City. Scoring goals wasn’t the problem, but conceding them sure was. The Gunners defence was breached 51 times in the Premier League and 71 across all competitions for Emery compared to just 33 occasions in Wenger’s first term.

That strongly suggests the current crop of defenders lack the nous and knowhow of predecessors like Tony Adams and members of The Invincibles, which is further borne out by the 4-1 hammering handed out to Arsenal by Chelsea in the Europa final. 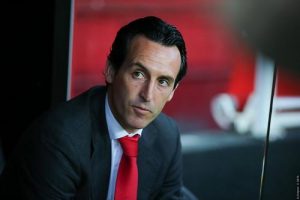 Emery must get some credit as he has reached a European final in just one season, which as far as Wenger got in his entire 21-and-a-half years with the Gunners. They are among the leading contenders to go one better in the Europa League next season.

Unless these defensive frailties are addressed though, then Arsenal will continue to be value in live betting markets such as both teams to score. Another area of favourable comparison between Wenger and Emery lies in both managers having a readymade strike partnership.

Back in 1996, that was Ian Wright (30) and Dennis Bergkamp (14) who managed 44 goals between them in all competitions. Fast forward to this past season and Pierre-Emerick Aubameyang (31) was one of three players to share the Premier League Golden Boot with 22 strikes.

The Gabon striker put on a 50-goal partnership with French frontman Alexandre Lacazette (19) which accounted for 45 per cent of all Arsenal goals scored in 2018-19. If only the forwards weren’t let down by the defence.

Looking at subsequent seven-time FA Cup winner Wenger and Emery’s first season in domestic cups, their records are very similar. Both managers saw the Gunners score more goals than they conceded in the League and FA Cups but still bowed out relatively early.

These are pleasing parallels for the future though, and Arsenal could emerge as challengers again if Emery is able to address areas of concern.