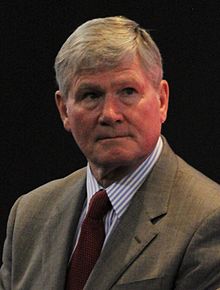 On this day Pat Rice made his debut as a sub in 1-0 defeat to Burnley but had to wait until 1970/71 to become a regular in the first team.

Pat Rice MBE was born on 17 March 1949 and I feel very much moved to write about Pat because my dad told me about meeting Pat.  Of course he would remember meeting such a famous guy, but he stressed what a nice chap he was.

Pat played 397 games for Arsenal and scored 12 goals, before going to his only other club: Watford, for whom he played 112 times.  He also played 49 times for his country: Northern Ireland.

Pat worked initially in a greengrocers on Gillespie Road (you can’t get much closer to the old stadium) and became an apprentice in 1964, and a pro in 1966.

Like most players who have come up through that route he played just a few games in his early years, but even so he was picked for N Ireland in 1968.  Eventually when Storey moved into the centre of midfield to become the ultimate enforcer Pat took over at right back.  He won the Double and had three seasons where he played every game.

He was the last of the 70/71 side to leave the club, and was made captain – and as such was presented with the FA Cup in 1979.    He played in five FA Cup finals and the Cup Winners Cup final.

He left us in 1980 and helped Watford gain promotion to the First Division, again playing as captain.  He retired from playing in 1984 and returned to Arsenal as youth team coach, a job he kept until 1996.  In that role he won the Youth Cup twice.

And then the big time: he became manager after Houston resigned (Houston was caretaker after Rioch had been sacked).    He managed three league games – and won the lot, and I remember saying to my old pal Roger at the time, “that makes him not only the best right back we ever saw, but also the most successful league manager.”  OK, not very funny, but if you’ve been a regular at away games with the long journeys in the car you’ll know how the conversation goes.

Then along came Arsène Wenger who made Pat his assistant manager and that led him to being one of only two men who have been part of the three Doubles.  The other of course is Bob Wilson.

At the end of the 2010/11 season it was announced that Pat was about to retire, and the disgraceful mob that had started opposing everything Mr Wenger did, began to run stories on their web sites that Pat could no longer stand working with Mr Wenger.  But Mr Wenger got Pat to do one more season – and he finally stepped down after 48 years service.

In tribute Mr Wenger has said, “‘Pat is a true Arsenal legend and has committed almost his whole life to Arsenal Football Club, which shows huge loyalty and devotion to this club…I will always be indebted to him for his expert insight into Arsenal and football as a whole. On the training pitches and on matchdays, Pat has always been a passionate, loyal and insightful colleague, who we will all miss.

“He’s just been tremendous. It’s a sad, sad, sad day. His life was linked with Arsenal and Arsenal have been privileged to have him as a player, a captain, a coach, and personally I’m very grateful for his contribution to my period here.

“I would like him to forgive me the bad moments I’ve given him as well,” Mr Wenger added. “He’s been a constant, loyal supporter. I’m just very grateful and privileged to have had him at my side for such a long time.

“[His experience is] important when you come from abroad… to have an assistant who knows the culture of the club and the country.”