On the 22nd of October 1949 Arsenal’s reserves journeyed to South Wales to play Cardiff City in a Football Combination game. Arsenal’s team included youngsters Jack Kelsey, John Chenhall, Joe Wade, Ray Daniel, Arthur Shaw and Arthur Milton, who would all go on to win honours at the club, along with veteran Denis Compton.

Arsenal won the game 1-0 with a goal from Billy Duffy who would not be as lucky as the others as his career was ended prematurely through injury.

There was nothing significant about the game until a report in Cardiff’s local paper, the South Wales Football Echo and Express, was printed a few days later. The reporter claimed that the Arsenal players came out for the second half smoking cigarettes! 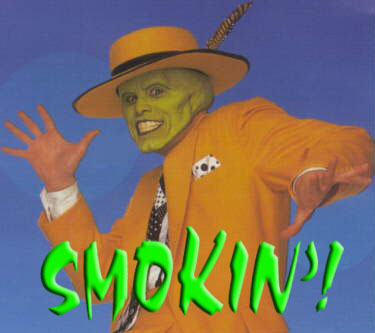 The Arsenal management were furious with the newspaper, claiming that the report was totally false. So much so that they took legal action against the newspaper. Arsenal reported this in the programme for the reserves’ game against Reading on 12th November: 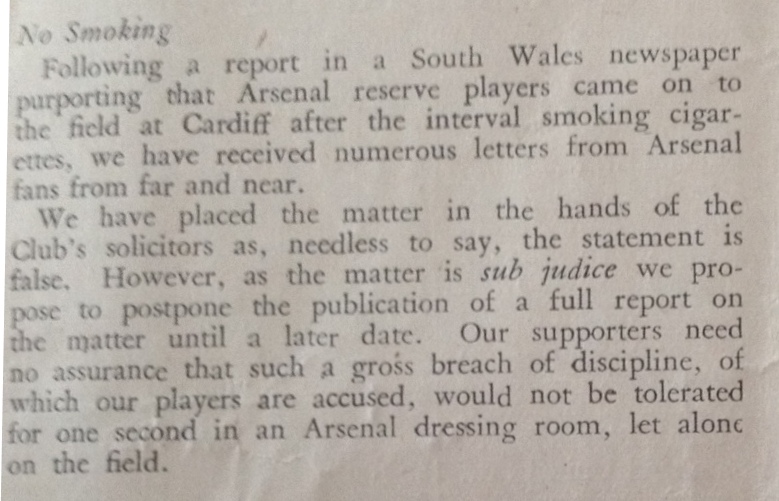 Also on that day the South Wales Football Echo and Express printed an explanation of the events and an apology – well, as best an apology as you are likely to get from a newspaper.

Just so that the Arsenal fans were aware of what was going on, the explanation was re-printed in the Arsenal programme against Wolves on 3rd December. 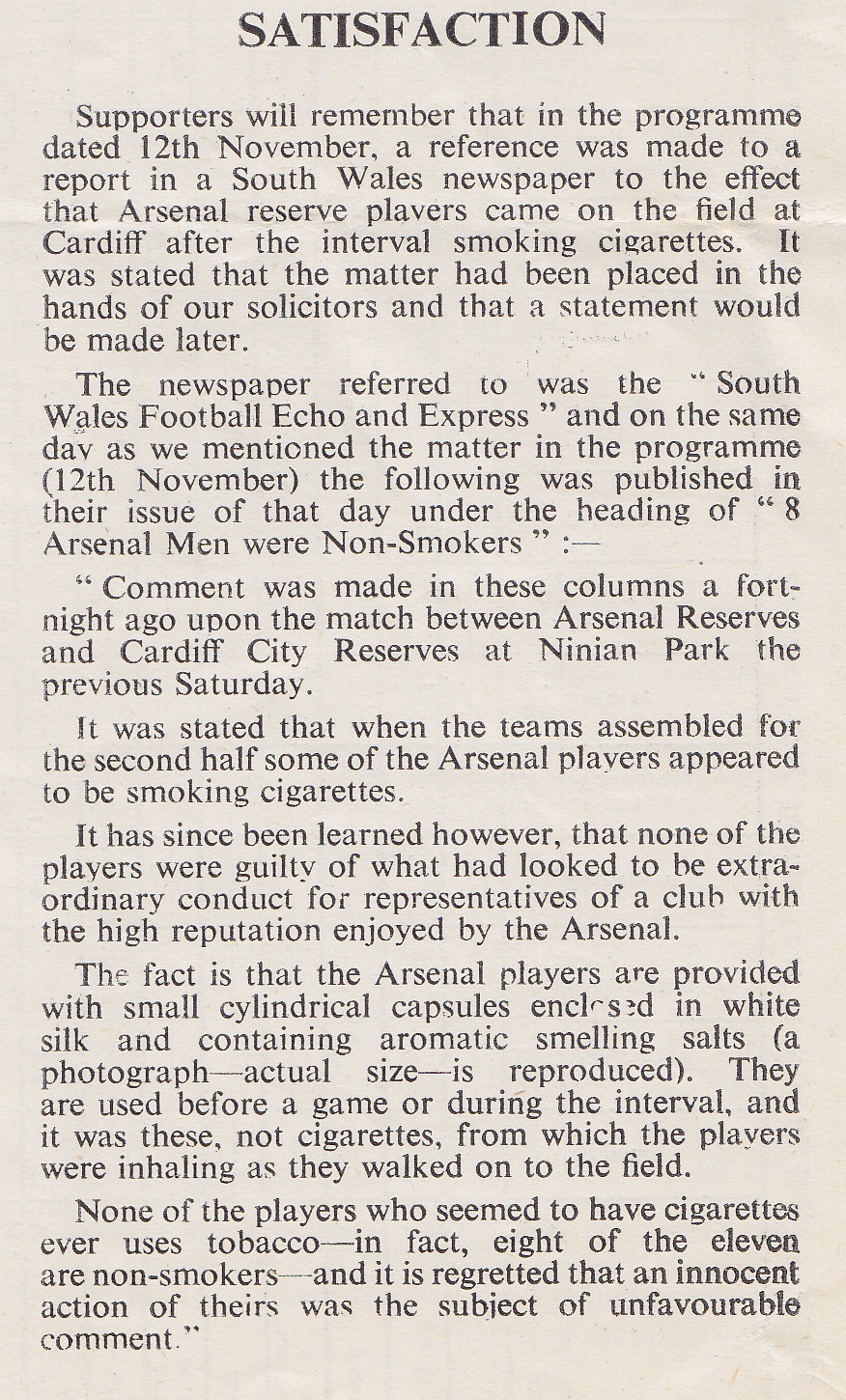 What is surprising in this day and age is the final comment – that three of the players actually were smokers. It wasn’t that uncommon in the 1940s and 1950s for players to smoke as can be seen in the following picture of Walley Barnes and Archie Macaulay from the players’ brochure commemorating the 1947-48 title win. Archie did say, though, that he limits himself to just 8 smokes a day! 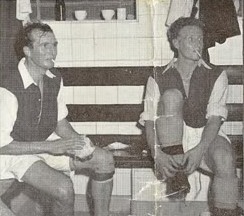 Many thanks to my good friend Richard Lerman for the picture from the Reading programme.