Arsène Wenger’s story is a truly remarkable one. The fact that His name resembles the name of the club we love so much might be a coincidence, but the story of Arsène and the story of Arsenal FC of the past two decades are so tightly connected that it is very difficult to imagine the future of Arsenal without the charming Frenchman. Almost nobody believed in him when he first came to England. In fact, it was reported that even Arsenal captain and legend Tony Adams wondered if the funny glass-wearing Frenchman even speaks proper English. Later he undoubtedly grew fond of Wenger and so did the rest of the players and fans. 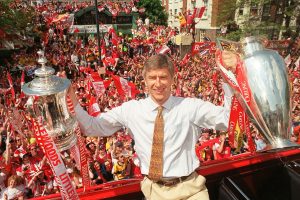 Today, Arsenal legends urge fans and players to believe in Wenger and it is probably the best time to have a look at what Arsène Wenger means to this club. Both Arsenal and Wenger benefited from their mutual connection. The club established their reputation as one of the top English club and they play European football every year. Arsène, on the other hand, will be able to enjoy his hard earned millions when he retires. He is one of the richest football managers for the world. Most of us, can’t even dream of that much money and the only way a ‘normal’ person could possibly earn millions is by winning an online progressive jackpot.

Wenger is one of the two most influential managers of Arsenal in history – an honour he shares with Herbert Chapman who gave Arsenal their first League and FA Cup trophies, and one of the most influential managers in English football, as well as internationally. He was mentioned as a possible candidate for the next manager of the English football squad and he has an OBE. Ever since he signed his first contract as a manager of Arsenal he said that he loves English football and he is well aware that the roots of the game are here.

Not only has he brought success and made the Gooners proud, but his style of coaching is also very likable, attacking and creative, a complete opposite to some other managers in England who encourage their players to ‘park the bus’. He is willing to change formations and give players enough freedom. He is one of the few top-class managers who encourages his players to follow their intuition, instead of just giving orders and strict instructions.

Despite the fact that he made a few transfer flops and sold some players that should’ve stayed at the club and despite the fact that there hasn’t been an EPL title in a while, the worth of Wenger as a man and as a manager is immeasurable. Even members of the minority that was asking for his departure will have to admit that Wenger will remain the most successful and influential manager of Arsenal many decades after he leaves. 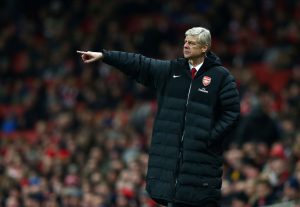 A net worth of more than £50 million

Wenger’s net worth was an estimated £40 million in 2015, which suggests that right now he could be worth something around £50 million, if we know that he earns around £8 million per year as a manager of Arsenal. Under the previous contract his annual salary was just over £6 million. That sure sounds like a lot of money, but let us just remind you that Capello received almost £7 million per year, as a manager of Russia. He had zero success, plus everybody knows that it is a lot easier to manage a national team as there are far fewer games. At the moment there are at least two managers in the Premier League that earn more than Arsène – Pep Guardiola who is the highest earning manager in the world and will receive £15 per season and Jose Mourinho who will be getting £13.8 million.

Wenger’s net worth probably exceed £55 million by the time his current deal terminates, but we certainly hope that he will receive an offer for a new deal under similar conditions. In just several years Wenger could be worth over £70 million. Regardless of the amount of money he has, Arsène seems to be a down-to-earth regular bloke who likes to listen to Bob Marley and joke with his mates. He has not been involved in any serious scandals and doesn’t like to be in the public eye for things non-related to football. The hope of every Arsenal fan is that he will manage to bring the club at least another title in his last season of the current contract. A contract might be worth over £8 million a year, but a Premier League title is priceless.