Arsenal can be pretty unpredictable. They can win convincingly against some of the most powerful teams in the world, but they can also suffer a terrible defeat at the hands of a club that competes in the lower leagues. We all remember the great victory against Villa in the final of the FA Cup a year ago and many other similar results in the more distant past. That’s one of the best things about football. The ball is round and the game is quite unpredictable.

Being able to predict what might happen over the course of 90 minutes or an entire season can win you a lot of money. Another way of earning large sums of money online is by playing casino games. A lot of online casino operators offer no deposit bonuses, which are very beneficial as you can try your luck without risking any of your own money. Check out this list of Microgaming no deposit bonuses and see where you can start playing with a nice bonus. And if you’re believe that next season will be ‘the’ season for Arsenal, we will give you the best odds and the best possible bets that you could place on Arsenal for the 2016/17 season. 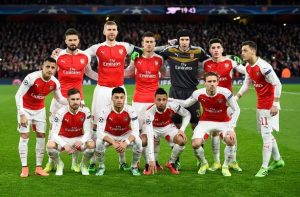 Like all Arsenal fans you are probably hoping that 2017 the Gunners will finally be celebrating a new Premier League title. After all, Wenger promised that it will happen before his current contract terminates. The best odds that you can get if you think the Gunners might win are 6/1. In terms of odds, Arsenal are behind the two Manchester clubs and ahead of Chelsea and Liverpool. That’s not bad, especially knowing how much the two Lancashire clubs splashed on their latest acquisitions. It is interesting that almost all major bookies give Arsenal the same odds, with very few offering 11/2. A £20 bet would yield £120 worth of profit which is not bad at all. The odds for Arsenal to be relegated reach 1,000, which means that we are pretty safe.

Even if Arsenal hasn’t won a title since 2004, at least Gooners are lucky enough that their club constantly manage to finish in the top 4. If you believe that next year won’t be exception, you can get odds at 8/13 at best, even though most bookies offer 4/7. Still, a £100 bet would earn you more than £50 and even more than £60 with some bookies. It is interesting that Arsenal has the same odds to win the first 3 games as it has to win the title – 6/1. The first two games are against Liverpool and the current champion Leicester, whereas in the third fixture the Gunners will face Watford. Knowing how difficult Liverpool and Leicester can be, winning the first three games might be a solid indication that Arsenal will have a strong year.

LMA Manager of the Year Award is the most prestigious a Premier League manager can win. The odds for Wenger to win this award are at 8, same as the odds for Klopp and Conte and higher than the odds for Mourinho and Pep. If you believe that Alexis Sanchez can be the top goal-scorer of the season you will get odds at 28 at best, although most bookies offer either 18, 20 or 22. As for Giroud the top odds are 43, but most bookies offer odds in the range 16-28. If you are bold enough and believe that both Arsenal will win the EPL and Sanchez will be the top scorer you will get odds at 33/1, whereas the odds for Arsenal and Giroud are 40/1. 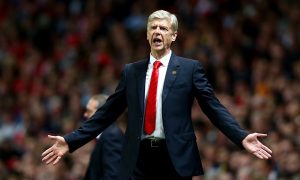 Some bookies, like Sky Bet offer several Arsenal specials. The odds for Arsenal to win both the EPL and the FA Cup are estimated at 40/1, whereas the odds for the Premier League and the Champions League are 100/1. If you believe that Arsenal can go for the treble and win the EPL, Champions League and the FA you will get an amazing odds of 750. That means that if you wager only £10, you will earn £7,500. And if you add the League Cup the odds are 2,000. It is pretty high, but probably even the most optimistic Gooner isn’t convinced that the Arsenal can claim the quadruple this season.

The odds for Arsenal to win a trophy, any trophy are 6/5 which isn’t bad at all, as a £100 bet would return £120. And most fans are pretty convinced that Arsenal will manage to win at least the FA Cup or the League Cup. Arsenal are a team that play attacking football and the odds for them to score in every Premier League match this season are 66/1, whereas the odds for there to be at least one goal on every match of Arsenal next season are 10/1. If you think that Arsenal can repeat their best season 2003/04 and finish unbeaten, you can get £100 for every pound you wager. All in all, there are plenty of options.