Herbert Chapman is an iconic manager whose name will always be remembered fondly by Woolwich Arsenal diehards. The problem is, as the generations move on and the football fans of yesteryear are replaced by modern, equally enthusiastic fans, the fading and finally gone memories, must be kept alive somehow for the latest fan. 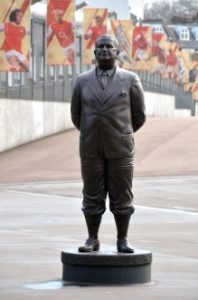 Fundamental legacies that new football fans would bet had been there from the start of the game were actually not part of the game for decades, they were actually innovations introduced by Chapman. These included such elementary things as numbering of players, the introduction of floodlights to enable matches to be played in the evening, and taking care with the stadium to provide pleasant standing areas and seating areas for the fans.

Entrepreneur before the word was invented.

Chapman was a proto-entrepreneur, who saw that investing money to make more money was a virtuous circle that would work for his beloved club. Low and behold, happier fans in the comfortable stands, meant an increase in the number of fans and revenues coming into the clubs. A real innovator. But although thrilling facts like this make it clear what sort of man he was, there is still a danger that his legacy will be lost if his own voice is lost in the mists of time. He foresaw a world where professionalism, fan care, and even the thrill of sports betting to facilitate fan engagement would be key to the next generation being deeply involved

We came across a publication that might prove one of the building blocks to keep his legacy alive. At the moment it is only available in a scanned digital edition on Amazon, and one lone copy of the physical book is available at the present time for £350 (!). We will not be parting company any time soon with our copy which we luckily found in a second hand dusty book shop, in the borough of our beloved club, for a mere £10. It would take several thousand pounds to prise this gem out from our hands.

Chapman and the Ferguson echo.

So, the big question is, what did the Great Innovator say when it comes down to the nitty gritty of team and player management?

The parallels with Ferguson, when reading the Chapman book, are astonishing.

Ferguson’s Leading (which, admittedly, was written with the help of a ghost-writer, is still a vibrant and direct book, which obviously has the influence of the main name on the cover) and Ferguson’s My Autobiography is equally good.

The Devil is in the Details.

It was with great pleasure that we recently came across a very old faded copy of Herbert Chapman’s only published book. It was a fascinating read and here we can summarise the main points that the great man made. It is true that occasionally some of his insights may look a little dated by now, but if that is true it is also astonishing how many of his points are still very relevant today. Let’s look at his thoughts in detail.

One of his key propositions was to avoid the easy route of dismissing players in favour of new ones. Chapman saw that building tiny incremental improvements in existing players was a far more intelligent approach than decapitating four players from a team in one go. This was an interesting approach that calmed the voices of trigger-happy armchair coaches who perhaps didn’t appreciate the day to day building up of trust between team mates.

Chapman was a very perceptive man. He saw that in his team, even though it was said with the best of intentions, that many of his men would listen to him and say ‘yes’ ‘yes’ and, what a surprise, ‘yes’ to all his suggestions, but in play this didn’t translate to total commitment to, and realisation of, the things they had agreed too. He saw the differences between action and speech, and slowly but surely, he would make the effort, week in week out, to make the players really live up to the yeses they had earnestly made, but perhaps not understood the full implications of actually materialising in their own personal games. Soon, results and performance increases would quietly and impressively follow. 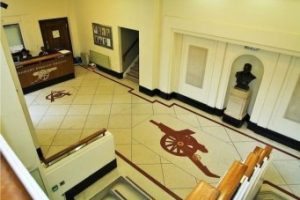 While all his fellow soccer captains focused on attack in that era. Chapman wanted to be playing a subtler game. Listen to this clever expert from his thoughts, showing how finely tuned his mind was.

‘The keynote of Arsenal football is soundness. It is only when the team are, say, two goals up that they may claim the licence to be spectacular. From this point of view, I am beginning to wonder whether adequate credit is given to defence. Football, at least in these days, is just as much a matter of saving goals as scoring them, and there is as much art and skill in one phase of the game as there is in the other. In my view, it is impossible in any team game to divorce defence from attack. One is as important as the other. It is undoubtedly true that a victory can often be traced back to the soundness of the defence.’

This may be taken for granted now, but in its day, it was revolutionary thinking.

We must not let the Great Innovator become the Great Forgotten Innovator. And by holding on to his legacy and returning to it, with the help of wonderful books like this, we can hope to keep that legacy acknowledged.