You may recall that we recently published a couple of maps showing the exact locations where Arsenal were involved in their earliest matches.

The question then arises: what do these historic places look like today?

Now thanks to the research of Janne Niemikorpi we can see exactly what has happened. 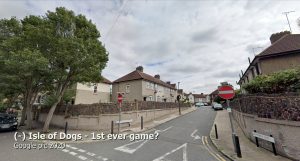 This first ever match happened on 11 December 1886.   The final proof that Arsenal played its first match on that day was discovered by Andy Kelly in “The Referee” magazine dated 12 December 1886 where it reported the previous day’s games.

The (A) confirms that it was a game of Association Football and not Rugby which would be shown by (R).

We also know that Eastern Wanderers pre-dated Arsenal, because on 14 November 1886 The Referee published the following in the Football Challenges section:

So Eastern Wanderers were established, had a ground, had two teams and were looking for fixtures.  All Dial Square had to do was apply.

For their second season, Royal Arsenal (as they became after their first match) played at the Sportsman Ground on Griffin Manor Way London SE28 0AA. 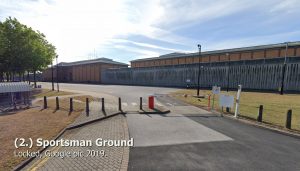 For Arsenal’s third season, the club moved to the Manor Ground 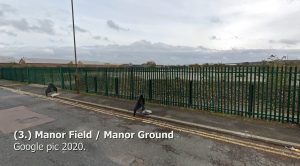 In 1890 Arsenal moved to the Invicta Ground and stayed there for three years. 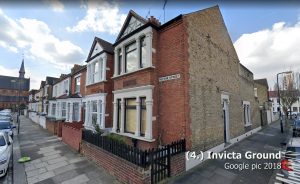 However a dispute over the move to professionalism, and joining the League, broke out in 1893, and the club needed to build a better stadium, so they decided to return to the Manor Ground.

Unfortunately, not everyone was in favour of the move into professionalism, nor the way the current committee was handling matters, and as was revealed in the book “Woolwich Arsenal: the club that changed football” a plan was set afoot through which those who wished to maintain the club as a non-league club attempted to bribe the owner of the land in such a way that he would allow the committee members advocating that Royal Arsenal should join the league, to develop the new ground, and then at the last minute, renege on the agreement that they could play there.  Thus effectively bankrupting the men involved.

However the landowner was made of a greater moral fibre than the rebels, and he refused.  Royal Arsenal thus moved into the Manor Ground, and changed their name to Woolwich Arsenal (since the league insisted that all clubs should be limited companies, and limited companies were not allowed to have the word “Royal” in their company name)

The rebels set up an amateur team which played at the Invicta Ground.  It went on to play in the Southern League, but with limited success.  They resigned from the Southern League in the 1896–97 season after only playing seven games of the season. All of those games were lost with a total of 46 goals conceded.