If you are a regular reader you will know that this site is taking a long run up towards the 100th anniversary of the move of Woolwich Arsenal FC from Plumstead to the ground that we eventually got to know as “Highbury”.

The reason for this is that although it is easy to celebrate the day of the first game, what such an approach will miss is any reference to the way in which the move was arranged, and indeed the why and wherefore of the arrangement of the move.

But having written out the chronology of the move in the last article, and having announced our competition which allows you to win a copy of the Woolwich Arsenal (links to both of which below) I thought it would be nice to add the cover of the very first Woolwich Arsenal programme at the new ground.

Here it is… (there’s a gap at the bottom as my skills with a scanner are not up to much, but the story continues below the picture.  Just scroll down… 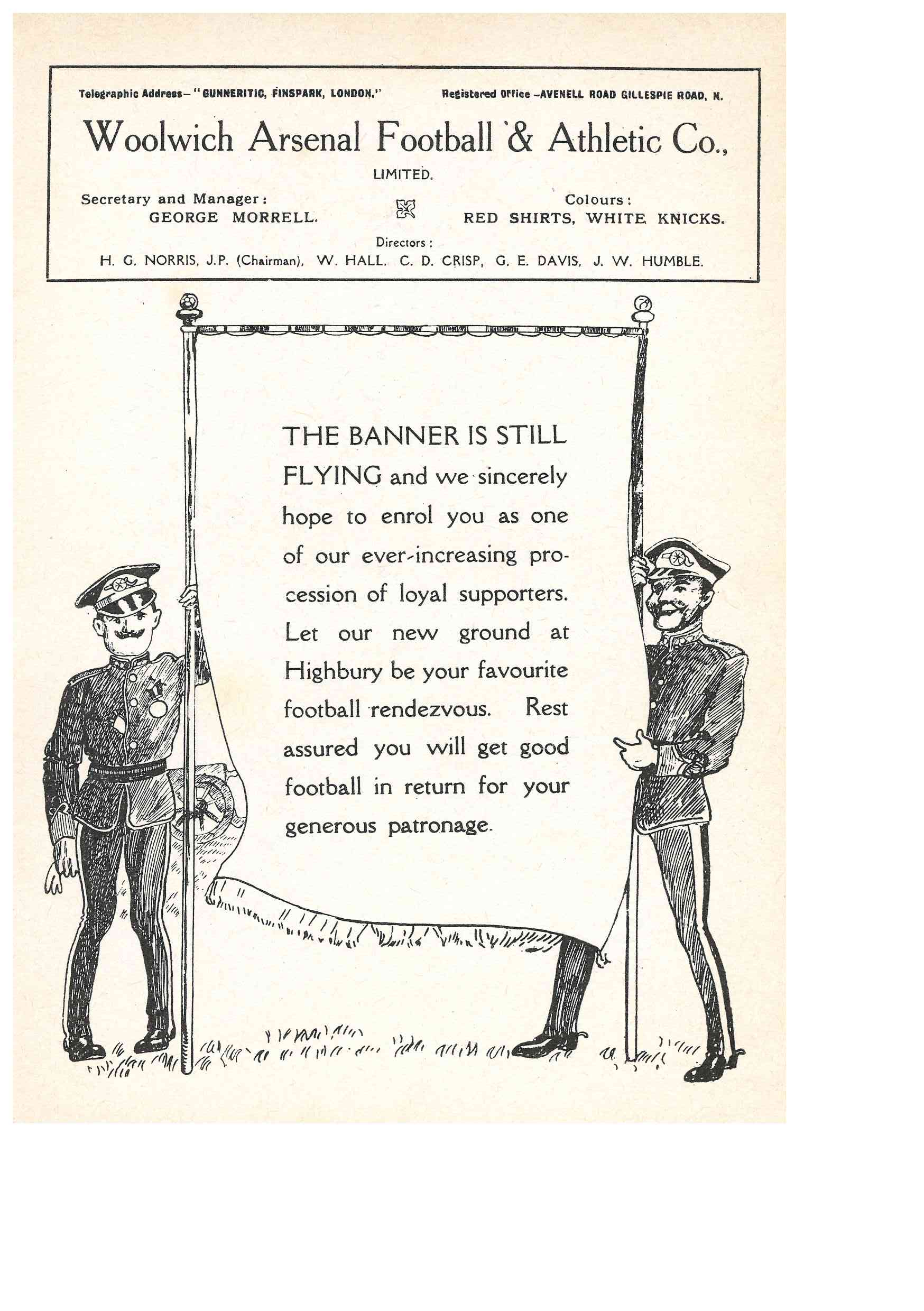 The fact that servicemen are holding up the banner clearly continues the identity of the club with the military – and indeed it was this that the club was known for.  It was the club of the army and navy – the club that was formed by the workers who built the weapons that defended the Empire.

The club’s name is clear at the top, as are the directors.  Notice it runs from Henry Norris (not yet knighted or in parliament) through to Jack Humble who was with the club from 1897, and who was the ultimate link with the club’s origins.

You might also particularly like to notice the colours: “Red shirts, white knicks”.  They were still, as always, “The Reds”.

The Great History of Arsenal Competition:Complete with lovely prizes

And: From Plumstead to Islington – the chronology

4 Replies to “Behold! The programme for the first ever game at Highbury 99 years ago.”