The Golden Years and the nobility

Sir Samuel Hill-Wood was elected to the position that his family would hold for 68 of the next 86 years. Sir Samuel had been an Arsenal director since 1922, having previously been chairman and benefactor of Glossop FC. His family had made its money in the cotton industry of the east Midlands. Born plain Samuel Wood in 1872, he hyphenated his middle name with his surname to become Samuel Hill-Wood in 1910. As well as football his family was renowned in the cricket world. Samuel himself had played cricket for Derbyshire around the turn of the 20th century, gaining fame by scoring 10 runs off one ball. His four sons – Basil, Denis, Wilfred and Charles – all played for Derbyshire as did his brother-in-law David Brand. Wilfred also played two reserve team friendlies for Arsenal in 1924-25 scoring three goals. 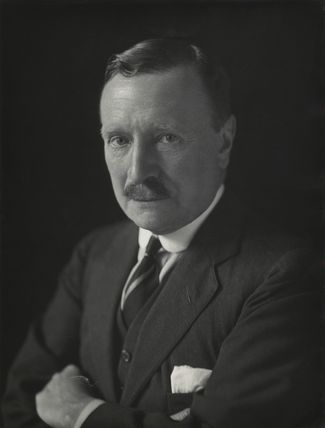 Sir Samuel was also interested in developing young players and was involved in a nationwide coaching scheme that encouraged Football League teams to interact with their local community and bring boys in for coaching sessions. He also instigated the London Professional Mid-week League that Arsenal competed in between 1929 and 1934.

As Arsenal’s prominence grew throughout the 1930s, famous names wanted to be associated with the club. In January 1936 Samuel Hill-Wood stepped down as chairman to allow Hugh Lowther to take the chair. A strange move until you realise that Hugh was better known as the 5th Earl of Lonsdale. Lonsdale was an avid sports fan who donated the original Lonsdale belts to boxing and was a founder member of the National Sporting Club.

Here is a video of the Earl naming an LNER locomotive “Arsenal” in 1936 (note that he refers to the club as Woolwich Arsenal!).

The Earl of Lonsdale’s tenure as chairman lasted until December 1936 when he was replaced by Bernard Arthur William Patrick Hastings Forbes, or the 8th Earl of Granard as he was entitled to be called, with Lonsdale becoming Honorary President. The gentry were queueing up to be associated with Arsenal. Granard was a politician and soldier, attaining the same rank was Henry Norris – lieutenant-colonel.

After 2½ years as chairman, Granard stepped down and was succeeded by yet another titled man: Edward Charles Stewart Robert “Robin” Vane-Tempest-Stewart, 8th Marquess of Londonderry and Viscount Castlereagh. Castlereagh was a keen Arsenal fan and had been a director since July 1938. He died at the relatively young age of 52, apparently never recovering from seeing his wife die from cancer aged just 47.

Although Viscount Castlereagh was Arsenal chairman at the start of World War 2, Sir Samuel Hill-Wood was back in the chair by the end of the war. We haven’t yet worked out exactly when the change of chairmen took place, but believe it was shortly after the start of the war. Hill-Wood died in office, the first Arsenal chairman to do so, after 26 years as a director on 2 January 1949. Under Sir Samuel’s reign Arsenal had gone from also-rans to the biggest football team in the world.

Two knights, two Earls and a Viscount. A long way from the small group of working class men that founded the club in 1886.