The article and photographs below, and the two illustrated articles that have come before it, have been published thanks to the extraordinary work of Arsenal supporter from Finland, Janne Niemikorpi, to whom we are all incredibly grateful.

Thus far we have recently published two articles on Arsenal in Plumstead, showing… the old grounds and what they look like now, and maps of the locations.

Now we can pick up on the pubs and other places of importance in the lives of the club and its supporters during the days of playing in Plumstead under the names of Dial Square, Royal Arsenal and Woolwich Arsenal.

Our earlier two articles can be found at

Arsenal’s stadia before Highbury, what do they look like now

And now the other places of interest… 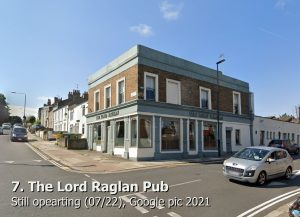 The Lord Ragland Pub – Arsenal’s HQ during its first season of 1886/7. 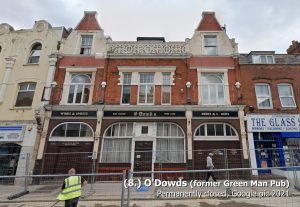 This pub – O’Dowds at 65 Plumstead High Street SE18 1SB was called the Green Man Pub and was used as a Manor Ground dressing room in the 1890s.  It is now permanently closed. 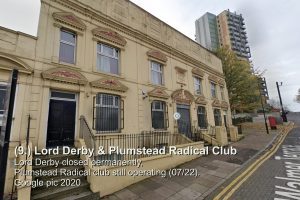 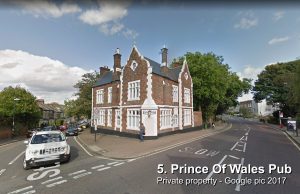 At the very location of the Prince of Wales on 4 October 1886 The Dial Square Cricket Club’s end-of-season meeting the decision was made that the club should expand to include football.  It is now a private residence. 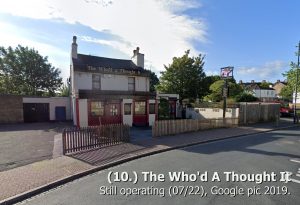 This pub was owned by club director and chairman Jock Craib in the early 1900s.  It was still operating in July 2022. 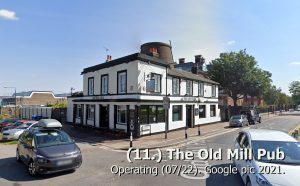 There is a suggestion that the Old Mill Pub was considered a good source of inside information and football tips from the landlord. 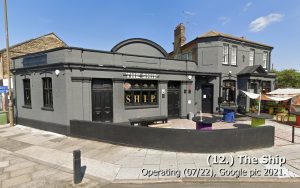 Again this was thought to be a source of tips from the landlord.